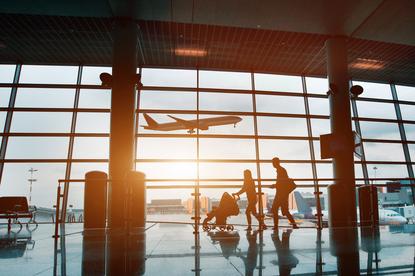 The first phase of an analytics visualisation effort that pulls together Stansted Airport's data feeds with open data from other sources could provide the site's owners with a blueprint to market their product to other transport hubs.

According to Stuart Huston, CTO of Manchester Airport Group (MAG) - which became the owner of London Stansted in 2013 - many airports are not equipped for the amount of passengers that they currently process.

The airport's analytics team, then, decided to make the most of all data sources available to them to better understand where the customers were and how they were travelling through the site.

"But we also need to start looking at things in a different way: our processes, our data, to see actually if there are better, and cleverer ways we can optimise operations to get more throughput of passengers in a safe manner."

Airports, however, are complex beasts: they contain a wide range of different technologies for managing different processes, even within security alone.

For example, there are body scanners, x-ray machines, passenger flow and movement technologies, and boarding card readers - and all of these tend to be from different suppliers, and therefore the data becomes siloed.

Trying to get a more holistic view of security, then, initially proves tricky, especially when an organisation wants to collate all this data from disparate systems into a near real-time feed that can be accessed and operated by people, easily.

Eventually, during an AWS Summit event, Huston found Elastic - where he discussed with the open-core vendor its new product, Canvas, which seemed practically perfect for the purpose: creating bespoke, highly customisable visualisations from various sources of data.

"The visualisation was absolutely key, having visualisations on the security lanes that the business can easily understand," Huston explains. "They're look at their security lanes, and they can easily see the throughput... because the way we visualise information is a digital representation of that physical process, and Canvas suited that really well for us."

To create the first phase, the team used Elastic LogStash to connect to the various data sources, with that flowing into Elastic Search.

Then Kibana - an open source visualisation plugin for Canvas - creates the final visualisations. The team has "bespoked the hell out of" the visualisations, says Huston, including "hookups to the National Rail API, so we can start seeing passenger turn-up before it hits security".

The airports have direct links to the Amazon Web Services (AWS) public cloud via their own data centres and physical networks, so LogStash is run on the group's own Docker images on AWS within its virtual private cloud, and a summarised view of that is pushed into ElasticSearch, which is managed by Elastic.

The main challenge with the airports' architecture has been how to control a large number of different dashboards across screens around the airport, and remotely - because staff don't want to have to log into every screen and then type the URL to get to Kibana every time. However, Elastic is working with the group to resolve this.

Most of the other issues, says Huston, were around sourcing the actual data - "that's just the nature of some of the organisations that you work with in airports," he says - but partners had worked closely to surface this and pull the information out.

This solution is being rolled out to Manchester Airport at present, but the next potential stages of the project fits what Huston calls his "utopian vision".

This would see the group feeding in open data from various smart city initiatives as well as information from transport services, like local traffic updates, to create greater visibility on the customers that are arriving.

As the team moved fast with this project Huston believes that the traditional view of IT as a bottleneck has been up-ended, and not only that, that they've achieved something "completely unique in the market".

And by further refining the in-house systems in partnership with Elastic, and with a little help from the airport group's digital/innovation arm, it is something that could one day be "productised", according to the CTO - although that may be a way off for now.

"But I definitely see within six to 12 months we would have something really, really quite unique and interesting that we would definitely be looking at."

"Ultimately what we're trying to do is, if we can predict passenger turn-up via train or by traffic or by other public transport into the airport, along with delays in the train network or traffic incidents and stuff like that, it all impacts that passenger turn-up.

"At the end of the day we want to make sure that our passengers get through security really quickly, and the way we do that is the ability to predict passenger turn-up, and then being able to open the relevant number of security lanes so we can get passengers through.

"So having the data is absolutely key: you've got to get that first, and having the ability to visualise that for the business."