Atta Elayyan, CIO100 leader, one of victims of Christchurch massacre 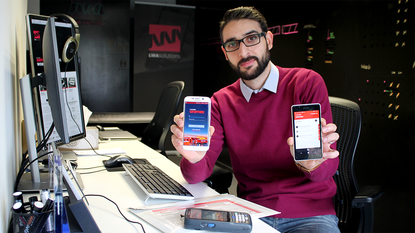 Atta Elayyan, CEO and co-founder of LWA Solutions, was one of the victims of the Christchurch mass shooting this week. He was 33.

Stuff reported that 50 people have died after a man fired at two mosques in Christchurch, and the NZ Herald said the death toll was by far the worst of any terrorist attack in New Zealand.

Elayyan has been recognised as one of New Zealand’ most transformative technology and digital leaders in the CIO100 of  2017 and 2018.

The CIO100 leaders were chosen by a panel of judges based on how they are delivering change across their organisations while excelling in business transformation, innovation and leadership,

Elayyan founded LWA Solutions nine years ago with Mike Choeung. The company, based in Christchurch, provides mobile solutions for some of the biggest brands in New Zealand and the Middle East such as Microsoft, Trade Me, Silver Fern Farms, Ports of Auckland, Mediaworks and Aramex.  It is also one of the first NZ firms to use virtual reality in training solutions for the enterprise space.

Technology has such tremendous power to do good - and bad - and we have the responsibility to continue the awesome work of others to realise that power...That’s how we can honour the tireless work and memories of people like Atta Elayyan

In an interview with CIO New Zealand, Elayyan cited how since founding LWA, he has “pivoted” the business at least five times.

But for him, this was the way to go with the breakneck pace of technology.  “It is this constant state of influx which taught me my biggest lesson and that is, to ‘Recognise and embrace your team’s core strength and in turn, know when to pass.’”

“Atta Elayyan to me was one of those people that you are lucky to meet in your lifetime. He was a genuine leader, talented designer and inspiring entrepreneur,” wrote Nigel Parker, principal software engineer at Microsoft.

Lukasz Zawilski, CIO at NZ Qualifications Authority, recalls meeting Elayyan and his team. They had released a number of apps free of charge and ads, to help people use various platforms better.

“We talked about learning through experience and using that learning to pave the way for future success,” says Zawilski.

“Technology has such tremendous power to do good - and bad - and we have the responsibility to continue the awesome work of others to realise that power.

“That’s how we can honour the tireless work and memories of people like Atta.”

“He was a lovely human, beautiful soul,” says Kerry Topp, associate director, transformation and innovation, at Datacom. “Hate in all its shapes, hidden, tacitly accepted, outspoken or extreme, has no place here in Aotearoa, we are better than this."

Some more tributes from his friends and colleagues all over the world:

Hate and violence have no place in our society. We mourn all the victims of the horrific attack in New Zealand including Atta Elayyan and Syed Jahandad Ali, who were part of our Microsoft MVP and partner communities. Our hearts are with the victims’ families and loved ones.

So deeply shocked to hear that @attaelayyan lost his life in the New Zealand terrorist attack. He was a talented Windows Phone developer who created Metrotube. He was only 33, and was such a caring and talented young man. RIP Atta pic.twitter.com/UoYYYInSB9

He would rush home every day, after work, to be with his new baby son. He was a national fusbol player and a beloved figure in the tech community.

His Friday prayer at #Christchurch would be his last. 1/49 pic.twitter.com/lpbFeNIi4O