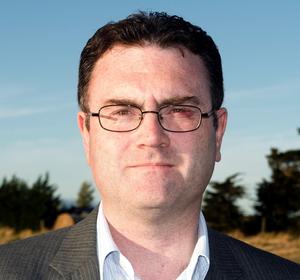 He says the programme came about as a result of the need for VTNZ to respond to changes in the industry brought about by increased competition from the Vehicle Licensing Reform (VLR) instituted by the Government.

Additionally, increased sales and marketing activities were hampered by a lack of historical integration between systems and databases.

At the same time key roles had been outsourced, with most IT being implemented by vendors or business functions without considering impacts across other parts of the business.

He says they addressed these issues by changing the focus of the team from 'break/fix' (they support 80+ retail branches and 100+ other locations where VTNZ does business) to stewardship of data, modernisation of key systems and properly integrating them together.

“A big part of this process was rebuilding trust in IT to a point where projects are either able to be led by IT or jointly run with the business rather than by external vendors or business units independently,” says Davidson.

He says a technology roadmap was jointly developed, with buy-in across the business, replacing the previous approach of implementing ‘point solutions’.

“Moving to a 'cloud first' strategy also proved to be more challenging than expected and instead of a planned 'lift and shift' performed by external vendors, it ended up being a complete rebuild and modernisation of infrastructure done by newly hired in-house IT staff.

Even though the project was completed four months late, it was seen as a success due to additional value being delivered and coming in under budget.

The programme expanded his Wellington-based IT team from four to eight staff, with an additional four software developers based in Ho Chi Minh. More recently an additional staff member based in Melbourne has joined the team.

Together they replaced, modernised and moved VTNZ’s infrastructure from a local data centre and physical hardware into virtual data centre hosted in Microsoft Azure cloud.

Davidson says although VTNZ is in a 'catch up' and modernisation period, the IT team is encouraged to also work with new technologies.

VTNZ is also currently rolling out software defined networking technology. This will replace its traditional Wide Area Network across 100-plus locations in New Zealand with a virtual mesh type network controlled via the cloud and integrated with Microsoft Azure, he says.

When compared to our competitors, VTNZ has scale, and nationwide reach being the largest employer of mechanics in New Zealand - with over 1000 staff and more than 80 retail branches, he says. They also have a similar number of customer locations where they provide services and a fleet of mobile 'brake trucks' nationwide.

“Implementing software defined networking allows us to add a new location to our WAN simply by plugging a router in to any internet connection or utilising 4G as a backup or for mobile locations,” he states.

He says VTNZ is also investing heavily in integration of systems and utilising new 'Integration as a Service' technologies such as Azure Logic Apps rather than more traditional and complex integration and service bus technologies.

“This enables us to build up an independent and nationwide data picture of vehicle maintenance, warrant, certification and driver licensing information. This is much harder for smaller or regional operators to do and we see as something of interest to those who have large nationwide vehicle fleets.” Limiting the number of different technologies and vendors has also been a keen part of the strategy given the small team size.

As one of the leadership team he says that the CEO and general managers at VTNZ have a great interpersonal and professional working relationship.

“We work collaboratively to produce and implement an overall business strategy with support from the board of management."

In addition to an ongoing focus on high staff engagement (the company is a regular winner of IBM Kenexa Best Workplace award) VTNZ’s overall strategy focuses on growth, and that is heavily supported by recent improvements in technology, sales and marketing.

This means that the GM, sales and marketing and GM, information technology work closely together to balance priorities between modernisation and integration of existing systems, and implementation of new technology to support new marketing initiatives.

Over the last two years, he has worked with the leadership team and board to move the focus from independent projects towards integration of systems and understanding the importance of customer and operational data to help the business to achieve its goals.

“Technology challenges and risks are now discussed by the leadership team in a more holistic way - where in the past technology may have been thought of more of a way to solve a particular problem.”

He points out the information systems team culture has undergone significant change within the last two years as part of the capabilities improvement initiative as well.

Some of this came about as a result of recruiting more senior technology specialists as well as taking strategy back in-house from external providers.

“Overall staff now feel that they have a greater positive impact on the business and the culture is closer to a professional services consulting firm than a more traditional IT department,” he says.

“We've also run several mini 'hackathon' type events where staff from across the business work with IT to solve a problem or try something new within a three-hour time limit.

“In this aspect the traditional reporting lines are less important than knowledge and learning environment,” he says.

He also makes sure the staff have fun at work, and their tagline is it is ‘it’s okay to be a geek’. There is a proliferation of nerf guns, mini-drones and other tech ‘toys’ in the office.

“This has been so successful that the culture has spread to other parts of the Wellington support office.” Staff from finance and marketing, and even visiting board members join in this friendly competition.

Davidson takes pride in the cultural diversity of the team, and how they treat external vendors and contracts on longer-term projects as part of the team. Having four full-time application developers based in Ho Chi Minh and staff with offshore experience “gives a more international feel to the team”, he says.

“We're also quite upfront about what people get by joining the organisation,” he explains.

Existing team members and recruitment firms often have to convince potential hires to do the first interview when hiring as candidates aren't aware of the technical complexity and interesting things that go on at VTNZ, he says.

“We're also straight up about career prospects as we're not a professional services firm - so we talk about making sure people have great experiences on their resumes they can use in future, hopefully with VTNZ but also elsewhere,” he says.

Davidson’s views on leading teams and developing the right culture for them to thrive in have been shaped by his extensive work experience locally and in Asia.

“If you have a great team and a hardworking, fun culture, no problem is insurmountable,” he says.

Working with Glazier Systems in the 90s in Wellington, “I got my first experience of working in a high performance, but also fun professional culture as a fresh grad out of university,” says Davidson.

“That company has sparked many other well-known successes, including Intergen and Xero, in part I think due to that culture.”

He says he was able to emulate a lot of that culture when he set up a very similar professional services company modelled on Glazier in Bangkok. He built it from three people to over 70 before it was divested to an Australian listed digital marketing and interactive company.

He says the alumni from that company have gone on to form their own companies now too.

Another standout experience for him was when he became a caretaker 'country manager' for a multinational IT services company in China.

“The brief was 'fix it or close it' - and with attempts by much more experienced expat managers over the prior 18 months, the expectation was it would close and the 130 staff would lose their jobs as morale was low, sales were poor and loses were mounting.”

What he did was replace the mostly expat managers with local staff “who were smart, eager for the opportunity but perhaps had not had experience or opportunity to work for a multinational company before”.

“On changing the staff and building up a similar culture there, things turned around for that company too - and in fact we expanded to 350 staff incorporating Hong Kong and Taiwan operations, returning those to profitability and winning a 'Shanghai Best Employer' award.”

He says the company was featured in a case study by a local business school. “Again the alumni of those companies have gone on to do great things too - one has a multi-million dollar export/import business and the other is the CFO in for a large multinational logistics company in Asia.”

“So turning around or building a professional services company has really been a case of giving high potential people a chance, mentoring and helping them - and then ensuring a fun, hardworking culture that goes beyond an organisation chart with strictly defined roles and responsibilities.”