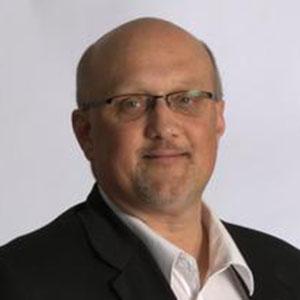 He says last year, with the theme of ‘scaling digital out’, was about driving adoption of a new digital mindset and new digital platforms for the trans-Tasman sales teams to online channels in addition to the traditional channels.”

“We set aggressive objectives at the beginning of the year,” he says, “to have 500 New Zealand and 500 Australian customers on board and ordering on our new e-commerce platform, as well as a positive NPS score.”

Bakker says that we’ve exceeded targets for on-boarding and Net Sales Value before the end of 2017.

“The 2017 NPS score was an incredible 100 per cent, telling us that no negative feedback has been received from our customers.”

He says this new capability brings a multitude of benefits to both the company and their customers.

“We have noticed that many orders are placed in the early hours of the morning, often when our customers have a chance to perform their stock takes and have time to think about the demand the days ahead will bring,” says Bakker.

This is different to a traditional sales rep visit model, where the store manager is often busy running their business and not in the best mind to make ordering decisions.

Today, the sales reps can use the extra time to set up displays, consult on product placement, get customer feedback as well as advise on upcoming products and promotions, he says.

The online store has the added capability of making suggestions in line with the customers’ historical buying behaviour that we have stored in our core ERP from years of transactions, he says.

When they started the online channels, neither New Zealand nor Australia were structured to support this system.

Furthermore, the different business priorities and opportunities in each country presented plenty of challenges for Bakker’s team to overcome to ensure it maintained the architectural principle of one platform for Australia and New Zealand.

“We managed to have the online store strategy listed as one the top six-priorities in both New Zealand and Australia’s business plans for 2017 in order to give it the impetus and visibility it needed,” he says.

“We then engaged senior leaders in each sales organisation to work with us as ‘product owners’ and we in turn ensured their KPIs reflected success also.

“We also ran several digital showcases throughout the year to keep the digital programme and our new capabilities top of mind for our very senior executives. This ensured continued support from our senior leaders, and continued focus and drive where we needed it. In order to manage the priorities of each country, our Agile delivery approach ensured that we delivered the most valuable features first.

“In previous years of our innovation program, we often spread our efforts across many ideas, but lacked the resource to take them to the prototype stage. This year we tried something different. We decided to focus on one or two solid ideas and apply more time and resource in these areas.

“Collaborating with our R&D and our technology partner IBM, we used design-led thinking workshops to problem solve and ideate. Frucor Suntory had just created a new hospitality channel, which was framed as part of the ideation. The outcome was a cognitive ‘mocktail’ platform using IBM’s Chef Watson.

“The mocktails were produced from analysing thousands of flavour combinations and unique ingredient pairings, and then matching them with human taste preferences,” Bakker says.

He says the mocktails were served during the opening of the IBM Offices in the viaduct.

We then went a step further and created what we now call “AImee” (AI for me and everyone else). This user driven portal allows you to describe your preferences and your current mood, which AImee will then use to create the perfect drink for you at that particular moment and occasion. This is currently a prototype but we plan to develop it further for eventual release to our hospitality customers.

They wanted to better understand the ROI of chillers that they place in their customers’ stores.

“This model gave us immense value in understanding where our chillers were impeding growth by having too few at particular sites, or just adding costs by having too many in others” he says.

Bakker says the company spends millions of dollars on chillers every year, and in previous years, they have experimented with IoT technology to track and manage the chiller fleets.

This, however, is a breakthrough as we will know exactly where we should be putting these expensive assets to get maximum return, says Bakker.

“We have more work to do to keep teaching the model, but the insights from the initial pilot has in theory already paid for itself and will fund teaching the model further to give us competitive advance on our chiller placement.”

While placing primacy on the role of good information and analytics in decision-making, Bakker says trusting one’s instinct is also important.

“If it doesn't feel right, then pay attention to that!” he says, on applying this concept in his career.

One particular incident stood out for him. He was then working on a global ERP implementation. Despite numerous setbacks and delays already incurred, the implementation partner was determined to continue with the chosen integration architecture. The internal applications team disagreed, and despite their lesser experience with the ERP solution, I chose to back their proposed approach. After the successful ‘go live’, the implementation partner agreed that the change in integration strategy, “probably saved the project”. Two decades later, that integration solution is still in productive use.

“People know, that in order to get decisions, they need to bring a persuasive mix of creativity, research, knowledge, logic and verbal skills to their argument.  This, together with good open inquiry and open discussion will usually lead to the right decisions”

“However, most, if not all, decisions are made in a context of trust, imperfect information and time constraints.

“In that context, trusting your instincts, helps good judgment,” says Bakker on a key lesson from that experience.