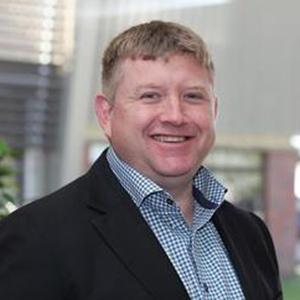 “LIC is a truly innovative organisation, with a strong DNA in industry changing initiatives,” says its CIO Paul Littlefair.

He says two large programmes currently underway at LIC, which use new technologies such as Internet of Things, analytics and satellite imagery are testaments to this.

The first is the development of inline milk meters which have the potential to change the way herd testing is carried out, both in NZ and overseas.

He explains typically testing of the herds happens up to four times a year, with samples collected in cups and sent to a lab for analysis, with results provided days later.

These new meters analyse milk in real time but do need to be integrated into Animal Identification and Herd Recording systems.

“They are a good example of ‘Internet of Things’ sensors which change both the way information is gathered but also the frequency, severely disrupting the existing manual process and also providing better insights and analysis of animal production performance,” says Littlefair.

The second innovation is called SPACE, which is using satellites to record pasture covers, or the amount of grass available in each paddock on a farm.

Currently farmers manually record the amount of grass available, normally on a weekly basis by walking across each paddock and using a plate meter.

Working with two US based companies, LIC has developed an automated solution for farms in New Zealand, to automatically calculate the amount of grass using imagery (derived using a machine learning algorithm) from the 200-plus satellites now flying overhead.

Farmers subscribe to the service, which is on pilot stage at the moment.

The service will provide them a weekly view of their farm including the ‘feed wedge’, a measure of available pasture and an indication of which paddocks to graze next.

However, this is dependent on obtaining at least one image per week that isn’t obscured by cloud cover. Current testing indicates this won’t be an issue in most parts of New Zealand, says Littlefair.

These two programmes will automate substantial manual processes and save farmers time and money. They also will provide timely or more accurate information that will help support more effective decision-making, says Littlefair.

He points out ideas for other initiatives at LIC are generated through a “bottom up” approach.

Staff are strongly encouraged to attend regular ideation sessions, where they brainstorm.

Idea generation for other initiatives within our company wide transformation have been strongly focused on a “bottom up” approach, with staff strongly encouraged to attend regular ideation sessions, where they brainstorm and peer test new concepts.

LIC has transformed the way it builds software solutions by using the  Scaled Agile Framework (SAFe).

As part of each SAFe 10 week programme increment, the final two weeks of innovation and planning includes a hackathon.

He says LIC has become a role model for SAFe with a number of NZ corporates visiting their offices to see firsthand the benefits it delivers.  LIC was also featured as a case study at the annual SAFe global summit held in San Antonio, Texas.

He says over the past year, around 30 concepts have been worked on with a winner identified at each event.

“Most of these have been primarily technology focused, however a number have been taken to a wider audience,” he says.

Examples are the visualisation of their software development (using Gource) which was presented with much acclaim to the Board of Directors and integration of website monitoring stats and social media feeds to their internal Slack channels.

We plan to extend this hackathon to our wider business teams, he says.

He says the technology team continues to deliver on the three significant business transformation programmes which started over a year ago.

He says LIC has also started redeveloping its NZ based Herd Management Application, into a global cloud SaaS solution. This solution has a 94 per cent market share in New Zealand.

All these programmes are focused on making LIC a more robust and resilient company, to support our farmers despite the volatility of the global dairy markets and the significant variance in milk prices, says Littlefair.

“Reducing our fixed operating costs means LIC is more agile and able to respond quicker to market conditions.  Improving products and diversifying into new markets reduces the risk and dependency on concentrated revenue streams,” he says.

Littlefair regularly attends and presents to the board. Recently, he and the head of strategy and architecture presented to the board a “hands on” overview of their key technology products and systems. In another presentation, he discussed technology disruption and key trends such as AI, blockchain and alternative foods for the board to consider.

We continue to run our bimonthly “town hall” events, which always includes a member of the LIC senior leadership team, and provides an update to our team, he says.

“We continue to look for ways to improve the number of women in technology, especially in senior roles and I have undertaken some targeting mentoring to encourage the consideration of ‘stepping up’ and providing some active reassurance that the capability is there,” he says.

Littlefair mentors technology leaders outside LIC. One of his mentees works in energy and “we are benefitting from our sessions” together.

His other cross industry activity is as director of Agrigate, an agritechnology company that is a joint venture between LIC and Fonterra.

To support the community in their head office in Hamilton, Littlefair approached Microsoft and Amazon to host technology session at LIC.

“We have a great venue to run seminars and they were both keen and we have run a number of successful events for the wider technology community.”