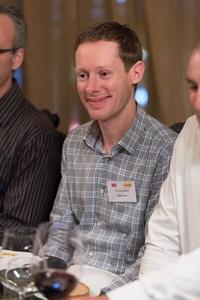 After more than three years working as a business analyst for the Stevenson Group, Anthony Bitossi took on the IS manager role at Stevenson Construction Materials.

“The company operates in a largely heavy industry and blue collar environment,” he says. “I have tailored my style to fit the nature of the business and industry.”

When he was first asked to present his ICT vision to the management team, he showed them an image of a broken down truck and plant and asked the audience: “How is this any different to say, a major IT systems outage?”

By drawing this comparison and putting things in a familiar language it created buy in at a management level, he says. “Through getting the buy in, influencing and decision making has become far easier,” says Bitossi, who reports to the CEO.

As part of the senior management team, he attends regular operational and management meetings, and provides monthly board reports to the directors and parent company.

In the past year, he led the replacement of their ERP system.

He explains the company wide ERP system was a 15-year-old version of JDE that had been heavily customised and was running on unsupported hardware and software.

Many of the users had been using the existing system for 10 to 15 years and their processes were entrenched in “JDE”.

“However, by setting a clear focus on the reason for the change (to remove the risk of JDE failure), at a management level, I was able to rationalise the need and urgency behind the required change,” he says. “Users soon realised there were no alternative options.”

The new system was delivered on time and 16 per cent under budget, he states.

He says the new system will provide the company with a platform for innovation. In the months, ahead, he says the team will be upgrading other key business systems.

He says that even as they were working on the ERP replacement, he and his team pushed for a lot of small improvements through ongoing business intelligence (BI) development.

“These small pieces of BI work are not significant technology changes but do however improve operational excellence,” he explains.

“For example, we recently identified an opportunity to reduce 30 minutes a day of time wastage from our order office through some BI automation. The reduction in time wastage reduced phone call wait times and increased order capture rate and customer satisfaction.”

Bitossi has a small team, composed of two full-time staff, as they outsource most of their IT operations.

But they ensure they visit all operational sites regularly.

“This removes the perception of ‘IT in the backroom’,” he states.

“It also provides the added benefit of discovering operational efficiency opportunities that the team can solve.”