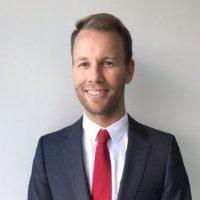 Many years ago Manheim – which is backed by Cox Enterprises in the provision of automotive remarketing services – pioneered a new way to buy vehicles at auction. By simulcasting their auctions online, people could bid on passenger and commercial vehicles, trucks, motorcycles, boats and machinery, even if the gavel was being struck on the other side of the country.

The live audio and video feeds means buyers can watch and hear their lots being driven on auction day, meaning bids can be made in more confidence than they would be based on a few pictures posted online.

“The introduction of this technology was a fundamental shift in how we did business, and meant that customers no longer had to travel to the physical auction centres to buy or sell vehicles,” explains Scott Andrews, director of technology, Manheim Australia & New Zealand (a subsidiary of Cox Automotive Australia).

“Providing customers had a reasonable internet connection, they could now buy and sell vehicles online in real-time from the comfort of their desktop or laptop computers.”

It proved hugely popular with Manheim ANZ’s customers – when it worked. When you’re in contention for your dream car or unmissable bargain, a drop out could be devastating.

“Providing a stable and reliable platform proved very challenging. Often the platform would fail and customers who were partaking online would be lost from the auction,” says Andrews. “This caused extreme frustration for customers and so the business focused on activities to stabilise the platform rather than improve its features and functionality.”

The technology had become a “major pain point for both team members and customers alike”. Appointed to the role of director of technology last year, Andrews went about producing health reports and consulting with staff to get a view of the problems which quickly became “glaringly obvious”.

Manheim runs more than 50 live auctions every week across Australia and New Zealand; a solution needed to be solid and swift, and enable future innovations. A business case was quickly prepared and signed off by the executive team in 2015.

“We were able to source a new platform that would not only address our current issues, but that would help drive true digital transformation through a multitude of new features, functionality and critically the ability to bid, buy and sell vehicles from any mobile or tablet device in real time from anywhere in the world,” says Andrews.

Five months after sign-off, and “many late night conference calls and incredible commitment” from staff, the roll-out began.

Andrews and his team took elements of both Prince 2 and Agile for the rollout, balancing speed with documentation. Ownership was very clearly assigned across the team and a light governance structure put in place to ensure rapid decision making.

The result is an easy to use, cross browser compatible app that requires no software download (like some rivals) to use. Architected on private cloud, the app has an array of new features and functionality have been introduced that has significantly improved usability and usage such as two way instant messaging between the auctioneer and buyers and sellers.

With online sales previously tracking at around 35 per cent of overall business, less than 12 months after the roll-out Manheim now consistently sells over 50 per cent of assets online, triple the expected growth.

“From a core business process perspective, the new system is far less complex and easier to use from both a front end and back end perspective. The impact on our team members has been very positive as their jobs have become easier to do in the high pressure, day to day auction world,” says Andrews.

Nevertheless it has taken significant communication and training, given the huge impact on operations. Andrews and his team gave physical and online training, produced comprehensive user guides and training materials, set up a test system for staff to familiarise themselves with how it worked before launch and mounted a major internal communications effort.

The project has sparked a cultural change at the company, Andrews says, adding it is one that has seen the company introduce a fully automated and SAP integrated inspection platform that can be used on tablet devices for its book-in and inspection staff, replacing the company’s unreliable RF Units.

“As this was one of the largest projects the company has ever embarked on a cultural shift was needed to deliver it. Projects delivered on time and budgets were very rare. Primarily we identified that the business had to become more of a learning organisation and one that could adapt quickly to change, especially with the aggressive timeframes that were put in place to implement and rollout out the new technology,” Andrews says.

“One of our stated goals was to achieve a winning culture right throughout the company. The simulcast project has absolutely kicked off that shift as our whole business can talk proudly both internally and externally of its achievements. Our team members feel we are making positive inroads in the areas of innovation, agility and culture.”