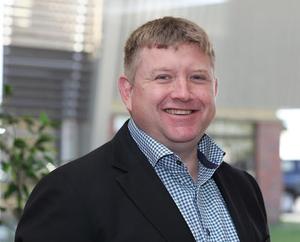 Paul Littlefair and his team at LIC have embarked on three significant business transformation programmes over the past year.

The first is an internal IT transformation to rationalise and reduce internal IT cost, given the recent downturn in the dairy Industry.

The second is a new delivery strategy to drive digital product leadership and take our dairy herd management into the cloud, says Littlefair.

The third is delivering new and innovative technology solutions to drive transformational activities in all their business units as part of LIC’s wider company transformation programme.

Littlefair says LIC has completed a significant restructure of IT, with leadership team changes (five of six of this team are new to the business over the last year), downsizing of the team (from 160 to 97), a move to commodity cloud services from internally managed systems and rationalisation of vendor spend.

There is also an increased focus on governance and risk management, with four new roles recruited. This was measured by a reduction in the number of incidents (227 down to 48), service levels remaining at a high level (87 per cent satisfactory) and an ongoing opex cost reduction of $2.9 million and a capital reduction of $7.8 million.

We have transformed the way we build software solutions by introducing the Scaled Agile Framework (SAFe), he explains.

This has allowed the teams to self-select and structure themselves and adopt a shared delivery cadence. It has totally transformed the project governance process and portfolio management, with high visibility and transparency and a single backlog, he states.

He notes: “There are no more multiple priority one projects!”

“Projects are now delivering on time and on budget, due to correct sizing, built in quality, continuous integration and a culture focused on delivering working software in production!”

IT has already delivered innovative services such as route planning saving LIC technicians 1.2 million kilometres of travel per year, he says.

The key innovation has been the adoption of Scaled Agile Framework, which has transformed the way they deliver technology projects.

“While LIC had ‘agile’ development teams, like most organisations we had highly ‘waterfall’ governance and management process,” he states.

“This severely restricted our ability to operate in an agile way, given we still had to provide comprehensive estimates for business cases, testing was always compressed once development was complete and then large monolith systems were thrown over to operations to deploy.”

While the Scaled Agile Framework (SAFe) is a set of patterns and principles, the key delivery has been the "mindset" or "culture" change it has delivered, he states.

“We now value ‘working software in production’, which means we focus on breaking deliverables down into their smallest components and then ship often.

“Continuous Integration with an Ops teams which now has actual developers in it (making it truly a DevOps team) means we now ship twice a week,” says Littlefair.

“Our teams are self-organising, we have yet to remain with the same configuration between 10-week programme increments.

“We collaborate with our customers, no more detailed and onerous business cases, initial lightweight cases are down to two to three pages, even for large dollar value streams,” he adds.

“We respond to change, recently re-prioritising a significant piece of work to the next programme increment, which gave us the ability to bring forward the initial development of another programme of work.”

Littlefair points out LIC outsources much of the operational technology work as this does not provide differentiation or competitive advantage to the business.

“However with all outsourcing arrangements, it is vital that suitable governance practises are applied,” he states. “We need to regularly ‘inspect what we expect’ and I have brought in a new vendor management framework, which specifically focuses on SLA and risk management of outsourced technology capability and service.”

“Collaboration to understand, influence to shape, are key components of a CIO role,” he says.

For Littlefair, this collaboration extends to LIC’s business partners and adjacent industries.

He attends LIC board meetings and is a key contributor to their technology advisory board, the technology subcommittee of the main board. The advisory board has representatives from telco, dairy, University of Waikato and a successful technology startup.

He is a director of LIC’s agritechnology subsidiary, LIC Automation, which focuses on hardware based automation for dairy sheds. He is also a director at Agrigate, a joint venture agri-technology start up co-owned by Fonterra.