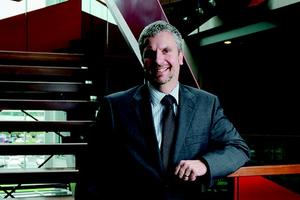 We have delivered a multitude of new innovations in the last year but one that stands out is the deployment to production of our new Common Payment reusable web service, says Craig Soutar, CIO at New Zealand Transport Agency.

The services integrates with many of our product systems, including the Tolling platform for the the toll roads the NZTA manages revenue collection for.

So successful has been the development of this service, we are working with other Government agencies for them to reuse this service, thereby sharing in future development and operational costs, proving value for money to NZ taxpayers, explains Soutar.

He says this cost sharing arrangement could free up millions of dollars in costs to be avoided for both the NZTA and agencies who share this service.

Soutar says up to 5 per cent of their resources are assigned to innovation, with about 55 per cent on BAU and 40 per cent allocated to projects. The latter can be up to 50 ongoing at any one time.

Soutar singles out two other major projects that have delivered a range of benefits to the transport sector - InfoHub (Enterprise Content Management as a Service on all of Government infrastructure as a service) and DecisionHub ( Enterprise workflow management).

These two platforms are integrated and enable business processes to be automated.

For example, the processing of Passenger endorsement (PVIO) applications that previously took over 20 days has now been shortened to five days, where customers (passenger vehicle drivers) can now submit applications online.

“The metrics this project produces are reported to the Minister of Transport weekly as he has an interest in how we serve the industry,” says Soutar.

“We worked with OpenText and a number of other key suppliers as well as a reference set of customers to re-engineer this key business process and automate.”

Soutar reports to Allan Frost, Group Manager - Organisational Support and a former CIO at the Ministry of Agriculture and Forestry (now part of the Ministry for Primary Industries).

“We have an ICT Governance Group chaired by our chief executive, and also report regularly to the board on all ICT opportunities, deviations and risks.”

Soutar says NZTA have dedicated resources to continuous improvement. “The team runs an extensive service improvement programme as well as manage our Express Lane capability,” he says, of the team of five contractors who deliver bi-modal initiatives using the lite/agile approach.

This team also recovers revenue/recharge opportunities from our internal customers and then uses this funding to reinvest in IT capability uplift.

Another leadership facet of Soutar is that he serves as a virtual CIO for New Zealand’s transport sector. He is known for his collaborative work across the sector and in All of Government programmes.

NZTA is one of six government agencies working with the Department of Internal Affairs on the GovTech Talent.

The graduate programme aims to build the information, technology and digital talent pipeline in government. The programme, which started this year, will see the graduates spend the next two years working in ICT projects in the participating government agencies.

Within the IS team, he says, the agency invests significantly in soft skills training.“That is what our team events are substantially for, to ‘check in’ as are leadership surveys to verify that our people are being well led, he says.

“Any one of the seven IS management team members can step into the CIO role and most have over the last few years,” he says.