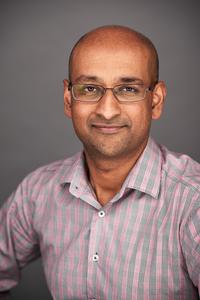 “This is an exciting period for us as we create and build the functionality necessary to enable the predicted ‘Health Data Explosion’,” says Dhaya Sivakumar, executive vice president - integration, for Orion Health.

The health information solutions company currently manages over 110 million patient records for its customers across the globe.

We anticipate that in five years, most of these records will be stored in the cloud, a vibrant ecosystem will exist, enabling a variety of apps from both Orion Health and accredited third parties, says Sivakumar.

He explains this is the business driver for Orion Health’s migration of its global customer base to public cloud, Amazon Web Services.

Sivakumar cites this ongoing migration as a key business transformation programme for the company.

He says to enable this migration, the Orion Health Delivery Engineering Team successfully ran AWS Direct through AWS’s Well Architected Framework to get a sense of how AWS Direct measures up to best practice.

The Well Architected Framework measures deployments on AWS against a whole series of best practices in the areas (pillars) of security, reliability, performance efficiency and cost optimisation.

To achieve Well-Architected status, at least 75 per cent alignment with the best practices must be achieved for each one of the four pillars, and have no critical issues in any of them.

“In short, it sets quite a high benchmark that is designed to encourage better practices when using AWS,” says Sivakumar. “It is no mean feat for Orion Health to have achieved Well-Architected status from AWS.”

He points out Orion Health does more than enabling the storage and viewing of large amounts of data.

“We also create applications that make meaningful use of data for clinicians and their patients,” he says. “This is an ever-expanding field as we not only create new applications but we expand the use of those products already in the market.”

An example is the launch of Orion Health Medicines which enables health professionals to view the list of medicines a patient has been prescribed.

The next phase of that development is to enable the inputting of more information and sharing this within the patient’s “circle of care”. The latter may include the community nurse, pharmacist or family member.

In addition to building new applications in-house, the open APIs enable third-party innovation, he says. A key focus is launching the Orion Health Developer Program, which will enable developers to leverage the power of Orion Health’s Open API.

“We are at the cusp of precision medicine,” he says. “Science is continually making new medical discoveries.”

An example of how this will impact their work is the estimate by the American Academy of Microbiology estimates that in every body there are 100 trillion ‘microbiomes’, the name given to the bacteria living inside us.

“What if you could map every microbiome and use that data to improve a person’s health outcome? How large would a data file containing 100 trillion microbiomes be? That’s the kind of challenges our technology teams are grappling with,” he says.

“The health technology sector is experiencing huge disruption, so it’s essential that we stay at the forefront of what is a very competitive field by fostering a culture in which people are encouraged to contribute new ideas,” he says.

He says the company helps nurture creativity and innovation by encouraging communication “from the bottom up”.

This is exemplified by the Junior Development Board composed of developers in non-leadership roles from the main development hubs – Auckland, Christchurch, Canberra, Scottsdale and Bangkok.

The group meets regularly and contributes views on everything from product development to what they’d like to see in the Quarterly Company Meeting. The latter is an all-staff meeting.

“We encourage the development teams to spend time on innovation, as part of our ‘scratch an itch’ programme for one afternoon every fortnight,” he says. “The idea is that if you have a nagging idea for either a new innovation or improving an existing product, but it is not within your immediate scope of work, you can use this time to work on it?”

He says this push for creativity is across the organisation, not only in the product and development teams.

The R&D teams are organised around lines of business, which comprise of similar products and solutions and which attract a particular skill set.

An advantage of this approach is that the products are organised around a single P&L so informed decisions can be made about where to invest, whether it is better to buy or build, and so on.

“Each LOB has its own identity, which instils a sense of pride and ownership among its members, and fosters creativity and innovation as they strive to ensure their LOB is a successful business unit,” he states.

Senior leaders in the R&D, meanwhile, work together to ensure that product releases are aligned across each LOB.

Orion Health is headquartered in Auckland, but has 25 offices overseas and operates in three regions - North America; Asia Pacific; and Europe, the Middle East and Africa.

Sivakumar says the company uses a variety of ways to communicate their message to both the R&D teams and the wider group.

For the R&D team, we hold regular “All Hands” meetings, and have an internal newsletter called “Hello World”.

Communicating with the wider company is through the Orion Health Weekly newsletter which is distributed to over 1200 staff globally and has an open rate of over 75 per cent. A segment on product development is part of our Quarterly Company Meeting, he says.

This is a 90-minute meeting that is livestreamed to every office around the world and posted on internal networks for those who can’t attend due to time-zone differences.

Across the group, Yammer is used as an internal communication tool and there is an active intranet which welcomes contributions from everyone across the company.

Sivakumar is likewise proud of the “extremely diverse” R&D team at Orion Health. Over 60 per cent of the R&D team come from overseas, he states.

He is as emphatic as well about their programmes - within the company and outside of the sector - to help build a pipeline of ICT talent.

Over the past year, through the Orion Health Outreach programme, the organisation engaged with over 930 school and university students.

More than 70 R&D staff participated in a range of activities like the JHack and those organised by SheSharp, and Code Club.