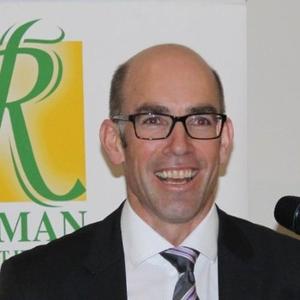 “Our approach to IT and innovation is people-focused – it is about improving happiness and wellbeing for our people, whether that’s our residents or our staff,” says Simon Challies, managing director at Ryman Healthcare.

Challies says Ryman predicts it will double resident and care staff numbers in the next three to five years in order to keep up with the growing demand of the older population.

The past year saw the group deploy a raft of technology programmes that transformed resident care.

One of its major transformation projects in 2006 is Ryman’s care app called myRyman.

The Windows app allows their nurses and caregivers to become paperless. The app provides them with all the information that they need to care for residents, and allows them to record all the data they need to in real time on a Windows Surface tablet in the resident’s room.

“This is a game-changer for us as an organisation and will allow us to deliver personalised care to all of our residents and free up our nurses’ and caregivers’ time to spend more time with residents.

myRyman runs on tablets in each resident’s room and contain everything staff need to know about a resident including all key health records, likes and dislikes, he explains. It also has the ability to create and assign tasks to staff, and to record the outcome of those tasks and record measurements and observations.

“Almost half of our residents receive care or assisted living services. Up until the introduction of myRyman systems and processes largely revolved around written notes stored in physical files, with a central VCare database, with paper-based administration accounting for up to 25 per cent of a caregiver’s time,” says Challies.

Challies says the approach they took was “to bring IT and HR together “ so both areas were equally invested in initiatives and shared the same people-centred vision”.

“In doing this we have been able to humanise IT and make the end products more user-centric and accessible,” he says.

“Because our technology change is so people-focused, I created a ‘group shared services manager’ role and promoted our HR manager to oversee IT and myRyman development, as well as payroll and HR,” he explains.

“In this respect the team is very diverse and we have promoted people from ‘soft’ roles into IT in order to achieve this. You can teach a people person IT skills, but the reverse isn’t always true, and our approach to creating a blended and diverse team has proved immensely successful in this regard.”

Over the past year, Ryman has also rolled out a digital rostering system across all of their NZ villages.

This has taken Ryman from a paper-based roster to a live roster in the form of a Windows UWP app, says Challies. The rostering system provides supporting data to myRyman.

Challies says the group is piloting or deploying new technologies which can be integrated into new systems.

“We are looking at incorporating machine learning models into myRyman which we believe will help us to identify possible triggers for clinical incidents such as falls and declines in health and also help us identify which interventions we can use which will lead to the most positive outcomes for our residents’ health status.”

Ryman Healthcare has introduced Microsoft Power BI for all of its reporting.

“Instead of producing static monthly reports out of Excel, our finance department is able to produce live reports across areas of the business such as operations, sales, payroll, HR, health and safety and construction,” says Challies, who was Ryman Health’s CFO before stepping into his current role 10 years ago.

“Communication and planning is the key to a successful technology transformation,” he says on what worked well for the group.

“For example, when we rolled out the myRyman roster, we had to make sure that everyone involved in the processing of a staff members’ pay was fully aware of what was happening.’’

“The ‘when, why and how’ of the project was known to the employee, to their supervisor and manager in the village, to the IT team and the payroll administrator that processes the final steps.

“Making a change to a core system that essentially deals with one of the most important functions for an employee (their pay) cannot be completed successfully without a lot of communication,” he says.

“All of our innovations have freed up resources and increased operational excellence, otherwise we would not have hit the ‘go’ button,” he states.

“So, there is no need to balance operational excellence with investing in innovation - they are one and the same. We just focused on making sure we prioritised the innovations that would provide the best return on investment.”