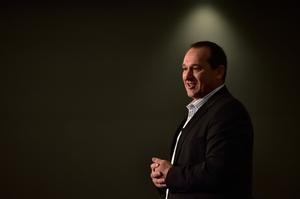 “Westpac New Zealand’s challenge has been to transform from a formal and somewhat less efficient organisation, into one that can create great customer experiences rapidly, responding to opportunities and threats alike,” says the bank’s CIO, Dawie Olivier.

Olivier joined Westpac in the middle of 2015, and the team went right into implementing the business technology component of the bank’s transformation programme.

Olivier says it is an aspirational programme, whose aim is to win in their chosen market and deliver the leading customer experience, digitally enabled, everywhere, all the time.

“To enable this aspiration, the technology/IT team has turned itself from a traditional, waterfall-style, heavily governed IT shop, to being much more nimble, and focused on customer value, from the leadership team through to the engineering floor,” he says.

The ongoing shift involves, among others, moving to a new operating model to facilitate the use of Agile and DevOps methods from idea to implementation. This in itself means they continue to adapt governance structures and enterprise processes to keep pace with change and encourage flexibility and exploration.

As a member of the executive team, Olivier and his team have led the way in incorporating agile thinking, collaborative ways of working, effective product ownership and the need for simplified processes and governance across key parts of the organisation.

The team selected four key measures by which to gauge the success of their transformation journey, being Culture and Engagement, Frontline Affected Outage time, Structural Efficiency in Change and Operational Cost.

Across all four measures the improvement has been steady and consistent, with particular highlights being the great engagement created by the collaborative and people-focussed working methods. Improvement in the Structural Efficiency in Change has enabled the team to deliver around 25 per cent more output for virtually the same cost as previous years, predominantly due to the more collaborative methods and models adopted.

Now, nearly two years later, he looks at some of the programmes they have rolled out, all involving close integration with business units across Westpac, and also with customers and vendors.

He cites their work on a new financial transaction hub, taken into service in response to industry changes in payments clearing.

“The technical delivery was achieved in eight months, delivering on two industry and regulatory changes, keeping our customers and the bank safe under new payment processing rules,” says Olivier.

Adopting a philosophy they call the “2-Product Approach”, the team was tasked to focus on both the business goal, and the engineering techniques used to build them. This means that this piece of work was delivered from the outset to be fully automated for test-benching, code integration, provisioning and deployment, with quality, compliance and security requirements specified in the automation patterns. In essence, the ability for a ground-up DevOps build at Go-Live.

"Delivery of the solution was one of the largest, most complex changes to our Payments core that Westpac has recently undertaken," he says.

What previously took five to 10 weeks to get a virtual machine and several weeks to configure and deploy an application, now takes two-and-a-half hours to build Production from scratch from the OS up.

“On day one, this new financial transaction Hub accurately processed $1.5 billion of payments, and our ability to constantly roll forward with changes and fixes gives us unprecedented responsiveness on this platform” he says.

“Overall, the focus on quality engineering techniques has seen a significant improvement in our change volumes and frequency, and at the same time a high level of change success. Traditionally one would expect to see the downside shown in increased outages, but the rapid, small change approach has actually caused a sharp reduction in frontline affecting outages."

“The distinction between operational-type work, and continuous improvement and innovation is fast becoming a moot point, as ‘BAU support teams’ are being integrated into a more DevOps-style model," he says.

This is because the teams that build the software and ship it to production are also taking responsibility for any outages or issues with that software.

Automated environment provisioning and testing, together with our ability to fail forward (fix the problem and release a new version) in many of our environments, keeps us moving forward with the customer experience, says Olivier.

He says vendors and technology partners are involved in the process, “bringing them into the tent” to work in Agile co-located teams, "rather than throwing work across the fence".

The new environment depends on deep team-level integration for the best collaboration and iteration.

“Where we enforce organisational boundaries we also slow down and inhibit the team’s ability to get work done.”

“We actively seek to build communities, connections and open learning environments, both within Westpac and in the broader industry,” says Olivier.

"The team regularly hosts and participates in open development planning and coaching for business units, teams and individuals outside of technology on agile methodologies."

This team is passionate about the development of STEM education amongst the youth, and especially so amongst young women, and has hosted and spoken at forums organised by SheSharp, a programme to attract young women to technology, and is actively engaged with the Code Club Aotearoa and other similar organisations who share this vision, he says.

“This journey doesn’t have an end, and we most certainly have not arrived. We have much work to do to keep learning and shaping to the exciting challenges in our market and in our business.

“Most importantly, we are seeing the results in the feedback from our customers and that keeps us fired up!”