Leaders who value trust in data are positioned to outperform peers

Businesses are outperforming competitors by emphasising trust in the use and sharing of data, according to an extensive global study by IBM.

The bi-annual C-suite study compares the views of 430 executives from large businesses in New Zealand and Australia.

IBM says they interviewed over 13,000 business leaders to identify why certain organisations are likely to win in the ‘trust economy’.

The study finds only a handful of respondents (6 per cent in New Zealand and Australia and 9 per cent globally) are regarded as ‘torchbearers’.

Torchbearers are companies that have fused their data strategy to business strategy, operate in a data-rich culture, with “trust as the plumb line".

The 2019 C-Suite Study, Build Your Trust Advantage was conducted by the IBM Institute for Business Value in conjunction with Oxford Economics. The respondents were C-suite executives across 98 countries, including New Zealand, and 20 industries.

“Trust is at a tipping point,” the study points out.

It calls on companies to improve their data leadership as consumers become more concerned about giving away their personal information.

“Customers are asking for more privacy, while demanding more transparency.”

Another major concern is trust in enterprise data.

“Consumer distrust of data creates one set of challenges for enterprises; there is a parallel battle underway inside organisations: How reliable is the information that feeds their decisions?”

Trust across ecosystems is another issue, as the study notes, “New value from data will be generated by ecosystems of partners, often operating on a shared business platform.”

There is a parallel battle underway inside organisations: How reliable is the information that feeds their decisions?

The study recommends a series of steps to take such as repositioning data as an asset of strategic value to the organisation, rather than aresource viewed in tactical, operational terms.

Organisations can also prove transparency and earning back trust by learning to use data in a way that customers view as fair.

This means giving customers something they value in return for their data, and strengthening data privacy policies and programmes.

As indicated in the study, organisations that earn customers’ trust are more likely to keep the data they have, and customers won't ask them to purge it because they understand there's value in collecting data to deliver new kinds of services in the future.

“Torchbearers are very sophisticated in how they are using data internally for decision making,” says Michael Friedberg, chief marketing officer, New Zealand, and head of ecosystem marketing ANZ for IBM.

“Looking across the ecosystem, they really understand it is not just their organisation working in isolation,” says Friedberg, who had interviewed some of the ANZ executives for the report.

“They have got to work with partners and suppliers and other organisations that they collaborate with," he states.

"The CIO plays such a pivotal role here.”

“The CIO is very well placed to facilitate that,” he says.

Whoever takes the lead on this space “needs to be able to change the culture of the senior leadership team, be able to understand the value of unlocking the data, using the data to drive those digital imperatives and at the senior level,” he explains.

Read more How to sell data and analytics to stakeholders

“There is a real opportunity for CIOs to really help their organisations unlock their data,” notes Friedberg, “not just from an infrastructure perspective, but also on the cultural level.”

The CIO plays such a pivotal role here

To do this, he says, the CIO has to “really listen and understand the business objectives set by the CEO and the board. Then, build those data strategies, that data governance, and secure the funds to optimise their infrastructure and unlock that strategic value.”

He says organisations also play a role in preparing their teams for the future of work.

It is a topic, according to Friedberg, that Prime Minister Jacinda Ardern recently discussed with the business community, and how this entails responsibilities across sectors.

“Businesses really need to step up in terms of what they do to better equip people with the skills in this space.”

Read more Most CMOs will abandon personalisation efforts by 2025 - report

This, he explains, starts right through curriculum in education, to having people in the organisation that understand not just the value of the data, but have the skills to bring to life trust and transparency in delivering the value from data.

The study also looks at organisations at different stages of data leadership.

“We are on a spectrum,” states Michelle Anderson, chief digital officer of The Warehouse Group, on where they are in the four areas of data leadership.

Anderson, one of the executives interviewed in the study, reiterates the importance of having “a culture of data” and “using the power of information” to drive a real understanding of the business and the customers.

She shares that the retail group has been “on a data journey for a number of years now,” which includes the building of a data science capability.

She says this provides the group “a new tool set” to get a deeper understanding of the business and its customers.

“It can be quite confronting when you see an observation that challenges what people always thought to be true.”

“This is what the models are telling us, [so] let us create, and test further the hypothesis to understand it so we can understand any intricacies on how that might be working,” she says, on how The Warehouse Group responds to this situation.

For Friedberg, this perspective from Anderson “sums up what is in the minds of organisations that want to move up to [become] torchbearers”. 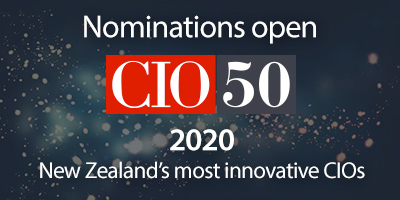